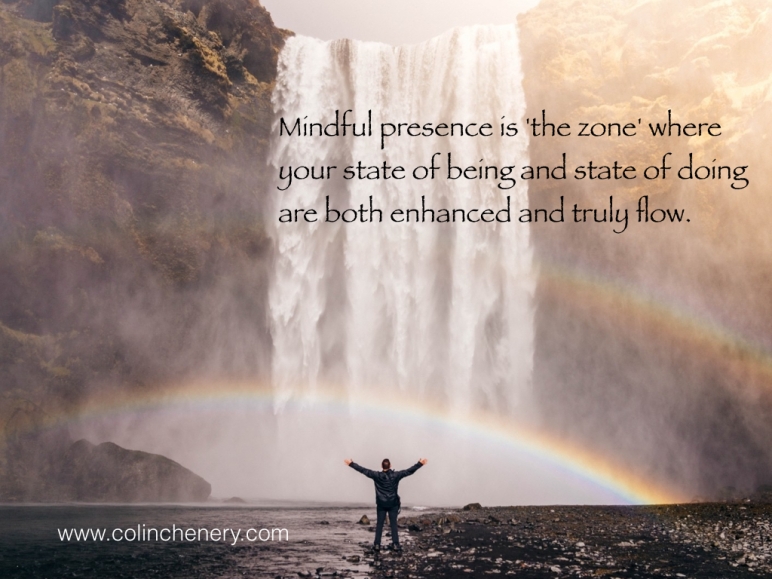 Many people adopt long term, even life-long, practices of some physical activity because of the physical, mental effects of well-being as well as a love for the activity itself or the skill sets acquired by doing it. Long term practice and participation in a certain discipline or activity can provide a rewarding journey that contributes to self development and enrich your life.

In addition to many health benefits, the outcomes of focused and demanding physical activities provide many incentives such as muscle tone, cardio fitness, improved energy levels, a rewarding endorphin hit, a better body image or the experience of stress release. Outdoor activities have the additional rewards as a healthy and invigorating way to get out in fresh air, sunshine, sometimes in country-side, beach, river or ocean.

Can such activities provide even more profound benefits than those of health, wellbeing and life balance in terms of quality of life? This article and Part II to follow briefly explore how deeply these activities assist us in terms of quality of consciousness, and even transition into spiritual awakening and redefining ourselves. Also covered below are four factors identified by professional athletes and sport psychologists that are characteristic of the high or flow performance states referred to as being in ‘the zone’ or ‘the flow’.

The experience and recognition of a deeper and more profound sense of self while performing a loved activity can arise in spontaneous peak experiences or can by a gradual and consistent part of something which has become an aspect of someones way of life. The personal rewards gained can then translate into other areas of their life.

Accessing or drawing on deeper levels of strength and endurance for example can translate into mental and emotional strength and endurance as well as physical. Similarly, tapping into deep and diverse personal resources to maintain training regimes and disciplines, simply because of the value gained by keeping them up consistently, can translate into being more prepared to face other life challenges and vice-versa.

It is facing and overcoming any life challenges that facilitate personal development on all levels, so having a regular practice that you enjoy can provide challenges by choice that help us with the challenges we don’t enjoy as much or for those unexpected challenges we face and don’t consciously choose.

The same applies to spiritual endurance and depth. Physical activities can be a great vehicle for awakening consciousness if the quality of consciousness while doing it becomes part of the practice and a purpose for the activity in and of itself. An outward outcome like competitive success or attaining prowess in a physical skill, that may have originally been a primary motivator, can become an added bonus or consequence when initial goals have been met and deeper value and reward from the discipline and practice begins to be revealed.

For example, striving for and at least partially achieving a level of excellence in anything in life can also have positive ramifications in other areas of life. When a level of excellence begins to be attained it can have the impact of transforming the outlook and mentality of the achiever. They now have a level of excellence and expertise in something to personally take ownership of that becomes part of their outlook on the world and other aspirations and lifestyle endeavours.

When personal values and qualities are developed and internalised, they can be incorporated into a person’s sense of life and self generally. When career success, long term competence in a hobby or personal pursuit is only externalised to that specific task or goal to measure oneself by, it can only have a limited benefit to the person and other aspects of life. Such transitory externalisations can be financial or competitive, attention or status seeking. These can provide validation, enjoyment, a sense of achievement or create more opportunities. Yet, without a context of internal values to ones sense of character and awareness, they may not deliver long term meaning, purpose and ongoing value to ones sense of self and life fulfilment.

Peak experiences among professional sportsman are often documented and discussed. Terms such as being in ‘the flow’, ‘the zone’ or psychological ‘sweet spot’ in sports is still associated in the mainstream with maintaining a state of being psyched up, challenged and goal focused while enhanced by arousal of the nervous system and mind.

However, from understanding associated brain patterns and endorphin releases along with athlete experiences, I do not think these specific states rely on being hyped up. This can help adrenaline release but is not an essential element of the four phases of ‘the zone’ below. The science developed around these states is relying more developing the skill to enter an alert meditative state while embracing outward challenges.

When you listen to more seasoned athletes who experience ‘the zone’ spontaneously and repeatedly to varying degrees as a result of their focus and natural state of performance, especially when doing something elite or even groundbreaking, their descriptions and explanations tend to be inwardly reflective and profound.

American basketball player Kobe Bryant set a record in 2003 with 12 three-pointers in a game with nine of them in a row without a mis-fire. He was quoted as saying about his state of mind during his high point that “It’s hard to describe. You just feel so confident. You get your feet set and get a good look at the basket – it’s going in. Even the one’s I missed I thought were going in.”

Like many players in the zone, Bryant was relatively quiet with a neutral expression going into the game and throughout. He displayed his optimum performance with almost trance-like composure, experiencing acutely high awareness of his body and his environment, the whole court and players as well as the rhythm and flow of the game without being self consciously focused on it all. These are demonstrative physiological signs of alpha brainwave states associated with ‘the zone’ among many sports psychologists and researchers.

Four phases acknowledged by American NFL sporting commentator Kevin L. Burke for athletic peak experiences of ‘flow’ or in ‘the zone’ [1] are:

Firstly, that most athletes will say it is not predictable or controllable. [However, the science of training the mind are developing and this will likely change in the future.] Ironically, the experience itself gives a sense of being in control, due to a sense of being in harmony with the flow of the game or activity and a sense of knowing or certainty with each action.

Secondly, most flow performances occur when an athlete is feeling intensely challenged.

Thirdly, there is a clear understanding of what they are to do, even a clear image of the actions ahead which includes a lucidity of their objective and how they will achieve it.

Finally, they are not concerned about scores, trophies, fame or money from a win in the moment. What is most valued is the actual enjoyment of participation rather than any outward objective.

Many people have experienced everything happening in slow motion while in this space. Also of interest is that there are many instances in competitive team events of team mates thinking there may be something wrong prior to the peak performance, because the athlete had become unusually quiet and focused with a neutral expression rather than the usual hyped up aggression and determination.

After a few years of martial arts training, I have had a similar experiences, a stand out one when defending myself in a real situation. I responded non-aggressively but effectively in the same way some sportsman report paying their game in their peak state. The experience seems profound and lucid, the greatly heightened awareness including an experience of 360 degree vision and slow motion so I had a sense of abundant space and time as I observed my responses. The lucidity of the experience has remained with me in a positive sense in every detail even decades later.

Unconscious competence lends itself to this state also. Someone unskilled or inexperienced in an activity are not likely to perform highly in this state. Regular runners, tennis players, cyclists and many others have written about transformational states they have gone into during endurance training or in the intensity of an important event. The normal egoistic sense of self is gone, as super acuity expanding the senses and awareness takes over.

This is greatly facilitated by adrenaline sports that have an element of danger as they really require great focus in the moment and this can be quite addictive with the the rush of mood elevating chemicals along with mental sharpness. However, meditative activities can bring practitioners into the same state, so maybe it is not about the demands of the activity as much as it is about becoming free from identification with the thinking mind?

The next article will look at the key elements to activities that provide shifts in consciousness and awareness that contain elements of ‘the zone’ and ‘flow’ but go deeper in supporting conscious awakening.

Other Posts of Interest